Shortly after Halloween, many Chicagoans begin to question why they live here. I’m one of them. Sure, there are a few dynamic duos in The City of Broad Shoulders… MVP Derrick Rose & Boy Wonder Jonathan Toews, and (more importantly) brilliant news correspondents Lauren Jiggetts & Paula Faris, but that’s hardly enough to make us forget about Lake Effect snow and wicked wind chill factors bordering on Arctic. I mean, you shouldn’t feel like Roald Amundsen every time the wife asks you to run out to pick up a gallon of milk.

The Lincoln Park Zoo hangs some Christmas lights and we all pretend this is a glorious way to spend a frigid evening… watching penguins and polar bears. You know… two animals naturally selected for freezing cold environments. “Oh, but the kids will love it!” Really? Will they? Five shots of Peppermint Schnapps says we don’t last 25 minutes before we all bolt to the Reptile House to trade pungent cold-blooded animal stank for hypothermia.

But here we are, so let’s cover a some wintery vocab…. 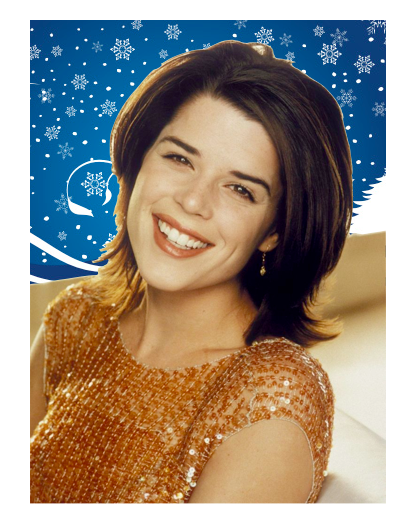 Think Neve Campbell, the Ice Princess from the Fox teen drama, Party of Five. And speaking of ice….

Hielo is a fun word to say. Say it from the far corner of your mouth, keeping the other half closed. Then pretend you’re my father answering the telephone, “yyyyyyyyyyyyyyyyy-AY-loh!”

Well, when I think of Invierno, my mind makes a split-second U-Turn and revisits the Spanish word for Summer, which is Verano. Think about being outside on the Veranda.…in Verano. Now, if we want the opposite of Verano, we add the prefix In to signify we want it… inverted. The opposite of Summer (Verano) is Winter (Invierno). Verano >> Invierno.

Bradley Hartmann is founder and el presidente at Red Angle (www.redanglespanish.com), a Spanish language training firm focused on the construction industry. He likes (to reiterate) Paula Faris and Lauren Jiggetts, Top Gun, and 8 months of the year, he loves Chicago. Keep an eye out for him at the Lincoln Park Zoo Lights…. he’ll be there. Hartmann wrote a book on Construction Spanish. Give Santa a hand & pick up a copy today.