Home › Construction Spanish › Jobsite Leadership › What Do Bo Jackson and Safety Have in Common?

What Do Bo Jackson and Safety Have in Common? 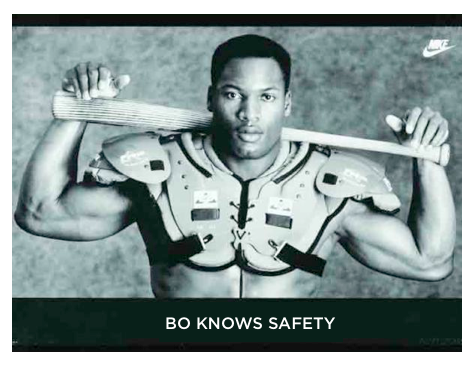 Vincent Edward Jackson, better known as “Bo,” was an athletic freak of nature.  He was the first athlete to be honored as an All-Star in 2 sports. He also did some other stuff:

All of this begs the question: What are you doing with your life? Just kidding.

But so what? What do Bo Jackson and Safety have in common?

Well, Bo played football, which is the 3rd most unsafe activity you can partake in (#2 is Running with the Bulls in India (Spain, by comparison, is downright kid-friendly) and #1 is driving with a 15-year old with a Smartphone, thumbs aflittering).

In India, they mock "the Sissies of Pamplona." From what I'm told anyway....

But football isn’t why Bo Jackson & Safety are eternally connected.

They are inextricably linked because of the Spanish language and Safety.

The word for First Aid Kit in Spanish is:

Relying on rote memorization alone, this word is nearly impossible to remember. That’s where Bo comes in. 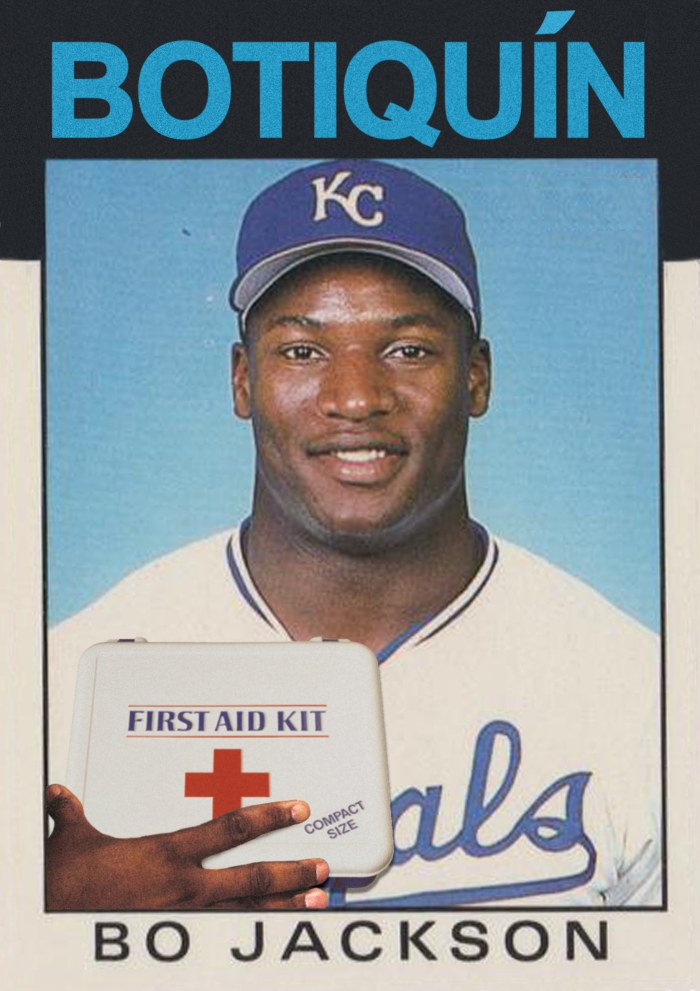 BO aint TOO KEEN on you not having a First Aid Kit at the ready!

BO is not TOO KEEN on you not having a First Aid Kit at the ready.

Bradley Hartmann is founder and el presidente at Red Angle (www.redanglespanish.com), a Spanish language training firm focused on the construction industry. He is a fan of Bo Jackson, First Aid Kits, and sincerely respects all the crazies that consider running with angry bulls a realistic option for a recreational activity.