“So… why do Americans fear Hispanics in the US?”

My brother-in-law’s question came while I was preparing to change a diaper. He was glancing at Geraldo Rivera’s book: His Panic: Why Americans Fear Hispanics in The U.S.

I had picked up Geraldo’s book from the library a few weeks earlier. The title did me in. Like a small child drawn to a strange man in a van with candy… I had to read it. How could I not?

I write about Hispanics a lot… how can I not know why I am afraid of them?

A few parts of His Panic were informative and it was an easy read. However, the vast majority of the book was completely foreign to me. I could not relate to what he was writing about.

In His Panic, Geraldo brings up politician Tom Tancredo multiple times. Never heard of him? Most haven’t. Or if you have, you’ve probably forgotten about him. Tancredo was a Colorado Congressman and he ran for President in 2008. He centered his campaign around Immigration and the basic premise of, “Vote for me & I’ll get rid of Hispanics.”

Yeah, I’m skipping plenty of details, but for the vast majority of America Tancredo is an angry soundbite at best, completely irrelevant at worst.

Geraldo spends a whole chapter and then some talking about his obnoxious confrontation with Bill O’Reilly on the O’Reilly Factor several years ago.

Is this good television?

For most the point of controversy here isn’t that controversial: “Should Illegal Immigrants – of any background – be deported when they commit crimes, let alone kill someone?”

But if you are in the business of TV ratings, you have a financial interest in getting people riled up. Here’s the feedback loop: Say inflammatory things >> Other news sources talk about it >> People want to see it for themselves >> Newsworthy = Attention >> Attention = More Ad dollars >> Say more inflammatory things….

On a September 20th episode of Rock Center, Todd Koppel reported on the negative impact of political actors who are in the business of vitriolic commentary, rarely seen in the course of everyday life for Americans.

As Brian Williams describes it, many newscasters have morphed from “Watchdogs into Attack dogs.” Many political commentators are not reporting, they are peddling.

The list could certainly go on. It’s plenty long because there is a ton of money to be made. Fox News first stumbled into this pile of money. MSNBC realized they could play the opposing role to Fox News.

We as Americans are the losers. We are getting played. Few among us enjoy getting into heated debates about these topics. And if we do, there’s no meaningful progress. We have better things to do. Like work our jobs and enjoy our families.

The Koppel piece notes “Partisan Ranting is Marketing of Fear.” It is. And the big business of political polarization is part of the reason nothing gets done in America. The big ideas our country needs – be it Education, Energy, Immigration, The Middle East – require serious conversations. The Geraldo – O’Reilly faceoff was not serious.

The actors in the lineup above have a vested interest in continuing the rant, not actually getting things done. If we all work together to get things done, where is the fun in that?

I’m reading That Used To Be Us: How America Fell Behind in the World It Invented and How We Can Come Back by Thomas Friedman and Michael Mandelbaum. You may have heard of Friedman from his book, The World is Flat.

That Used to Be Us should be mandatory reading. For everyone. It’s fantastic: insightful, bipartisan, and thought-provoking. The book opens talking about China. Friedman recounts his visit to the World Economic Forum in Tianjin in 2010. The conference took place at the Tianjin Meijiang Convention and Exhibit Center.

It’s about 2.5M square feet and beautiful. Friedman is shocked to learn this Convention Center was built in 8 months.

Friedman’s contrast is that it takes 10-12 weeks to fix a broken escalator at the Washington Metrorail subway. Why?

The Chinese must have been serious.

They must have eliminated red tape.

They must have been focused.

They must have been committed.

They must have been unified.

Hence the title… That used to be us. 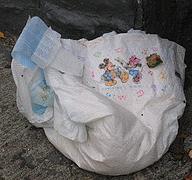 Back to my brother-in-law’s question: “So… why do Americans fear Hispanics in the US?”

“We don’t. Geraldo was trying to sell books.”

And then I proceeded to change my son’s dirty diaper.
Bradley Hartmann is founder and el presidente at Red Angle (www.redanglespanish.com), a Spanish language training firm focused on the construction industry.