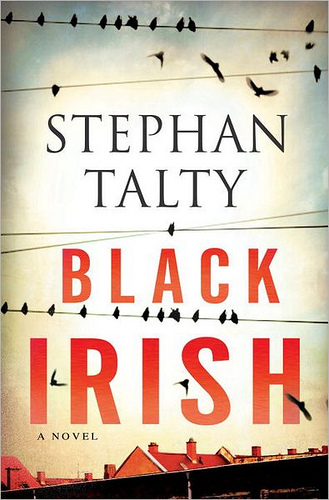 When it comes to the Libro 52 scorecard, Stephan Talty is at the top of the list.

But Talty was there first.

Back in April I read The Illustrious Dead by Talty and it blew me away. Fantastic.

Read more about it here. 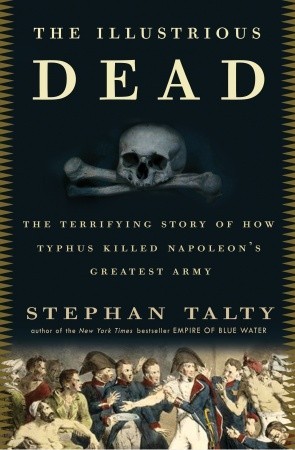 Black Irish is Talty’s first foray into the fiction genre – and it’s a noble effort.

It’s no Illustrious Dead, but if you’re looking for some holiday fiction to read when you’re not drinking – you’ll enjoy this.

Black Irish centers around Absalom “Abbie” Kearney, the adopted daughter of the legendary retired South Buffalo Police Chief. Abbie escapes the working class neighborhood and earns a degree from Harvard, only to return to take care of her ailing father.

And then the killings start…

Black Irish is in the James Patterson-Alex Cross mold of a psychological thriller. 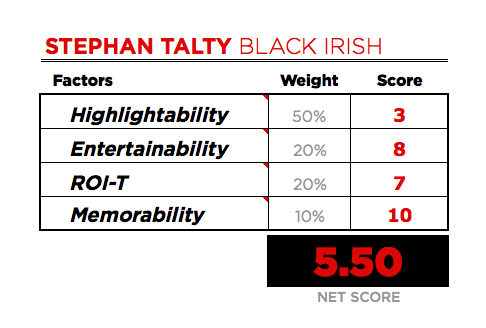 I’ll tell you who will not enjoy it: the Buffalo Board of Tourism.

The author was raised in Buffalo, so his description of the place is presumably accurate, but he’s not doing them any favors here. If I ever get the inclination to visit Buffalo, remind me to simply visit the worst parts of Cleveland.

Bottom Line: Solid work of fiction that you could easily imagine being made into a movie.

Bradley Hartmann is El Presidente at Red Angle (www.redanglespanish.com). His Libro 52 writing has fallen off recently, not his reading. He’ll get back on track… starting with #43 mañana.

15. The Greatest Generation by Tom Brokaw

16. The Illustrious Dead by Stephan Talty

17. The Thank You Economy by Gary Vaynerchuk

20. In Cold Blood by Truman Capote

22. Down & Dirty Pictures by Peter Biskind

25. The Business of Belief by Tom Asacker

32. A Very Short Tour of the Mind by Michael Corballis

33. The No Asshole Rule by Robert Sutton

34. Choose Yourself by James Altucher

35. The Halo Effect by Phil Rosenzweig

36. Inside The Box by Drew Boyd and Jacob Goldenberg

37. The Power of Less by Leo Babauta

40. The Authentic Swing by Steven Pressfield