Home › Construction Spanish › The worst advice I’ve ever received from a priest.

The worst advice I’ve ever received from a priest. 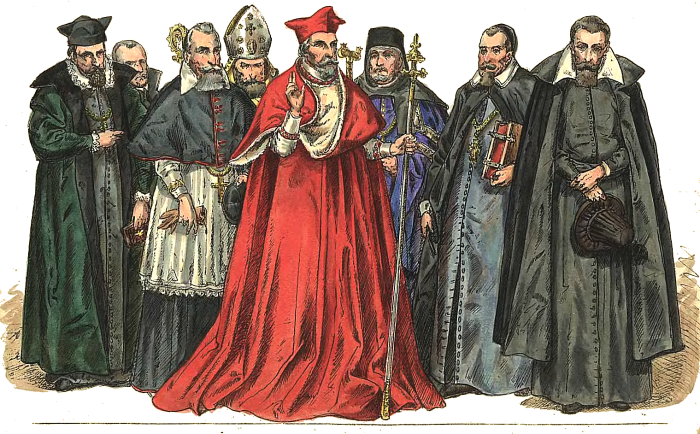 The potential for impromptu foot cleansing.

On the pulpit, they are expected to be insightful, memorable and entertaining.

Most challenging of all, religious leaders must be great listeners.

Not an easy task.

They must see the forest for the trees… and identify the canary in the coal mine.

(And master a trunkful of cliches.)

In some ways, a construction manager is like a priest or pastor or rabbi or however you prefer your clergy.

Even the foot cleansing.

You know what your feet look like after a 15-hour day in work boots….

I was thinking about these overlapping job duties when I heard the worst advice ever from a priest.

Some context: Like most corporations these days, this church was looking for feedback from a survey.

The format was being discussed.

The reasoning was being outlined.

The selling of the survey was underway.

Then the priest said, “You know, sometimes I receive anonymous feedback. A note… or one of these cards filled out without a name. It’s often a critique or a suggestion we do something different.

You know what I do when I get one of these?

I throw it right in the trash can.

I simply throw it away and forget about it.

I understand the point being made, but this is terrible advice coming from any leader.

Truly listening, for us lay people, is not easy.

Sometimes my wife, when making a salient point, will request that I simply shut my mouth & stop talking.

This admonition clears my head & helps me actually listen to what she is saying.

(I admit none of this in the moment.)

As a construction manager, don’t listen to this priest.

Never ignore feedback from any source.

Sure, a note from your COO and one from a journeyman plumber may not demand the same attention, but don’t ignore either one.

OSHA’s 2014 budget indicates money is moving from education to enforcement.

More money to follow up on Guillermo’s claim there should be trench boxes in your excavation.

OSHA will accept complaints filed orally or in writing in any language.

OHSA will also accept a complaint from any of the thousands of smartphones your workers are carrying.

OSHA is saying, “If you don’t listen to your workers, we sure will.”

As Hispanics are nearly 2x as likely to be injured or killed on the jobsite, don’t assume your language barriers will be OSHA barriers.

So listen to your jobsite.

Listen to their concerns.

Listen to what they are saying.

Listen to what they are not saying.

Don’t throw these anonymous tips in the garbage.

As hard as it may be, embrace the whistleblowers.

Separate the message from the messenger.

Neither do construction managers.

The failure to listen to your congregation – the workers on your site doing the work – will result in bringing the clergy and construction together.

That’s an awful lot of funerals.

Like Loading...
‹ How – for the first time ever – Burberry is relevant to construction.
The best way to die. ›