Why Netflix is learning Spanish. 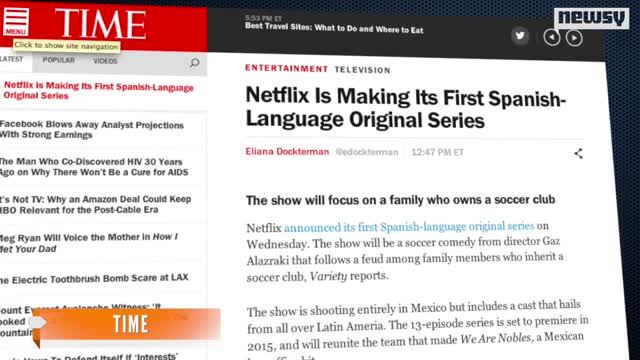 The Red Angle familia took a vacation to Mexico a few weeks ago.

At the pool, English-speakers were the minority.

Mostly it was Spanish with some Portuguese and a few Korean families.

My 7-year-old son surveyed the languages of the kids in the pool.

“I could make more friends if my Spanish was better.”

Learning Spanish opens up a lot of doors.

In the U.S., Spanish is the primary language of roughly 40M or the 53M Hispanics.

Someone inside Netflix said, “I could make more friends if my Spanish was better.”

That is, “I could attract new subscribers if my Spanish was better.”

The fact that “Netflix Decides to Learn Spanish” is worthy of a headline in Bloomberg Businessweek is telling. There is a major inconsistency between what American companies say and what they actually do.

Here’s what they say:

Yes, we believe effective communication with our customers (ie, marketing) is critical.

Yes, we believe we must forge strong relationships with our customers.

Yes, we’re willing to do anything to delight our customers.

And then they say this too:

Don’t make this harder than it needs to be.

Want to grow your business?

Grow your revenue from the Hispanic customers you’ve been largely ignoring and/or taking for granted.

My son wanted to learn more Spanish to grow his pool of potential friends.

Netflix wants to learn Spanish to grow their subscriber base.

Bradley Hartmann is founder and El Presidente at Red Angle (www.redanglespanish.com), a training and consulting firm bridging the English-Spanish (and a bit of Polish…) language gap in the construction industry.