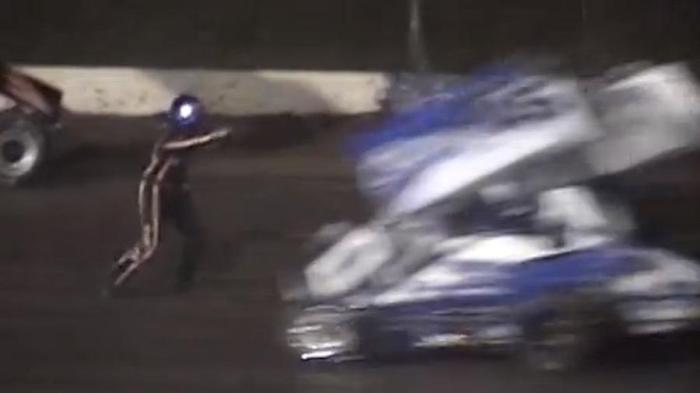 I was taught a life lesson during the first day on the job.

Legendary home building exec Mike Rhoads told me, “The quality you accept is the quality that sets the standard. Never forget that.”

I could have forgotten it had it not been for every manager in Pulte reciting the line daily.

The quality you accept is the quality that sets the standard.

The behavior you tolerate becomes the culture – at home, at work, on the job, in the office.

You can replace the word quality with anything:

Now, I don’t know Robin Pemberton, but I had to Google his face to get a better understanding of what incompetence looks like.

First, Robin tweaked his rotator cuff patting himself on the back with this statement of self-congratulations:

“As we’ve demonstrated in our history, we’re willing to react quickly to different incidents…” Pemberton said.

You mean reacting quickly to implement a no-brainer rule to ensure no one dies in some idiotic way other than driving cars 200 mph in heavy traffic?

So what is this new rule?

Drivers are required to remain strapped in their cars – unless they are in immediate danger from fire or another hazard – until safety crews arrive and can escort them from the scene. No driver is allowed to walk onto the racing surface.

This wasn’t a rule already?

This new rule needs teeth because… not 24 hours after Stewart ran down Ward, Jr., driver J.J. Yeley walked into oncoming traffic following his own wreck at Watkins Glen to yell at competitor Trevor Bayne.

24 hours after one guy died doing something stupid, another guy did the same stupid thing in front of a much larger audience!

Question for Robin: what happens if someone like J.J. ignores your new rule?

Answer: Nothing. There is no specific punishment.

NASCAR’s bulletin reads: as with other behavioral infractions, NASCAR will handle each instance separately when assessing potential penalties.

Here’s the apparent Pemberton line of thinking, “A driver died and that’s obviously bad. So we jump right on it, always quick to react with a new rule. I’ll have my assistant type something up… we’ll talk about it… and we’ll see what happens. If guys & gals don’t listen, we’ll figure something out.”

Said another way, we’ll put in place a new rule with no clearly defined consequence & hope this dead-NASCAR-guy thing blows over in the next news cycle.

“This will be a behavioral‑type thing, and they’ll be addressed according to each situation,” Pemberton said.

What do I suggest?

You can get out of your car if it’s on fire or about to be on fire. In any other circumstance, exiting the vehicle on the track will result in a 500-day NASCAR ban plus a $1MM non-tax-deductible fine paid by the driver within 24 hours.

Black and white: Don’t get out of your car unless remaining in it will kill you.

My method, while admittedly heavy-handed, will save lives. Pemberton’s BS circumstantial behavioral suggestion approach will allow someone like J.J. Yeley or Danica Patrick to become Kevin Ward, Jr. version 2.0

“Through time, you have to recognize when you get a reminder or a tap on the shoulder of something that may need to be addressed,” Pemberton said.

That wasn’t a reminder.

That wasn’t a tap on the shoulder.

That was a 20-year old getting run over by a car on a dirt road.